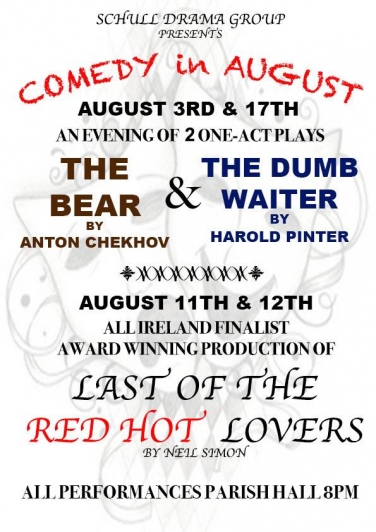 Schull Drama group is putting on 3 plays this month, a wonderful opportunity to catch these performances again ~ don’t miss them!

The Bear by Chekov is a romantic comedy telling the story of the young widowed landowner, Elena Ivanova Popova (Anna Bracken), and her encounter with the irresistible Gregory Stepanovitch Smirnov, (Anthony Harris), an older landowner who has come to collect a debt. Romantic mayhem ensues as tempers flare and hearts flutter. The hapless old servant Luka, (Len Lipitch), is caught in the middle. The Dumbwaiter by Harold Pinter is a humorous and provocative story of two hit men, (Mark O’Mahony & Paul Flatman), as they wait in a basement for their next assignment. Last of the Red Hot Lovers is one of the most amusing of Neil Simon’s comedies. It focuses on Barney Cashman (Caleb Cairns), a forty-seven-year-old owner of a seafood restaurant who is afraid that the sexual revolution of the 1960’s is passing him by. Over the space of nine months, he invites three different women (Terri Leiber, Faye Upton & Joan Giller) to his mother’s Manhattan apartment in an attempt to have an afternoon of extramarital sex. None of the affairs is consummated, however, and Barney decides after the last one that he would prefer a romantic afternoon with….. 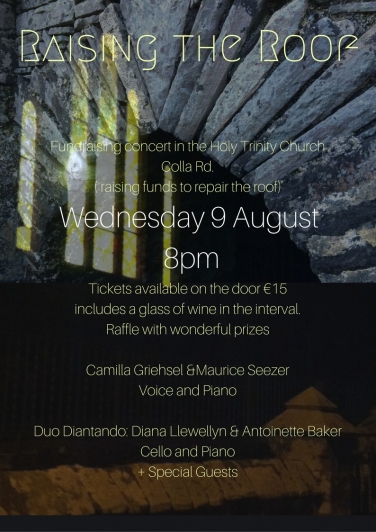 Raising the Roof  ~ a fundraising (for the roof repairs) concert in the Holy Trinity Church, Colla Rd, will be held on Wednesday 9th August @8pm

Tickets available on the door €15 includes a glass of wine in the interval.

And some very Special Guests

Schull Regatta takes place on the 12th &13th of August and is now in its 134th year, since the Revival in 2014 it has been going from strength to strength. Its a weekend of entertainment for both the young and the not so young. Saturday will kick off with soccer skills with Bunratty United, then there will be Orienteering with Deirdre ni Challanain for all the budding Harry Potter fans, down at the Pier there will be crab fishing, swimming races, animal road show, face painting and balloonary. The Blarney Brass & Reed band will play for us on the Pier, getting the competitors warmed up for the famous greasy pole competition. Sunday will start with the traditional Blessing of the Boats and then the coastal rowing races take place from 12 noon. All along the Pier there will be lovely craft and food stands.   The Fish Factory field will be full of fun activities with vintage wooden swing boats, bouncy castles, running races and much more. The tradition of net mending drew a big crowd last year and we expect only the highest of standards yet again this year or you can try your luck with the new Heaving Line throwing competition. The fancy dress parade (All that you See in the Sea) will be led by the Ballingeary Pipers, expect lots of sea creatures, pirates, sailors and much more. This popular fancy dress will be judged by a celebrity judge, so get creative (see below). The Tug-O-War brings in fierce competition and this year we are hosting the battle of the villages so Schull, Ballydehob & Goleen ~ get your team involved ~ will Smoky & the Bandits retain their title for the fourth year running ? After all this excitement it will be up to Newmans corner for prize giving and t the street party with music from the band Bog the Donkey. The finale of the night will be the fire works off the head of the Pier at 11 pm. Thanks go to all the sponsors and supporters without whom the weekend would not be possible.  The full Regatta programme will be available shortly.

The new limited edition 2017 Regatta mugs have arrived and will be available for €10 from Ellen 085 107 8910 or from Michelle in Harbour Bay Flower shop. 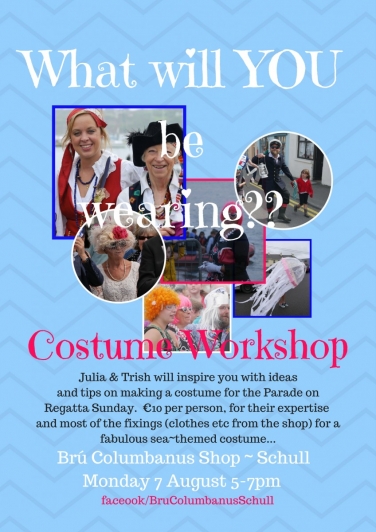 Brú Columbanus Charity Shop is holding a costume workshop in support of the Regatta Fancy Dress Parade. €10 per person and you will be guided through the process of creating a fabulously sea-inspired costume from the rich pickings of the shop. August 7th from 5-7pm. Check out their facebook page for more details.

The Blue House Gallery has another two stunning shows lined up for August – check out their website for details www.bluehousegalleryschull.com

The nation wide Culture Night is on Friday 22nd September and there already several events planned for the night. If you have an idea for a free cultural event get in touch so we can make sure things don’t overlap.

The annual Ballydehob/Schull ICA Producers Summer Market is now up and running. Fresh home produced vegetables, free range eggs, jams, chutneys and craft items will be on sale. Every Friday 11.00 to 12.30 in the Community Hall, Ballydehob. The ICA ladies will be serving teas/coffees and delicious scones/apple tart.

Tell us your news... 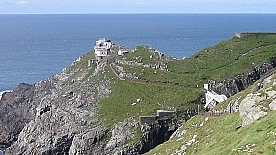 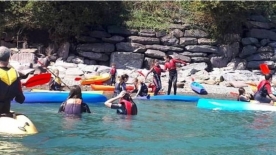 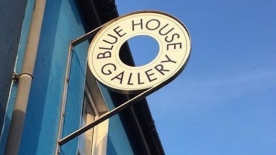